“Borders Kill People, Though Sometimes We Pretend Not to Know” 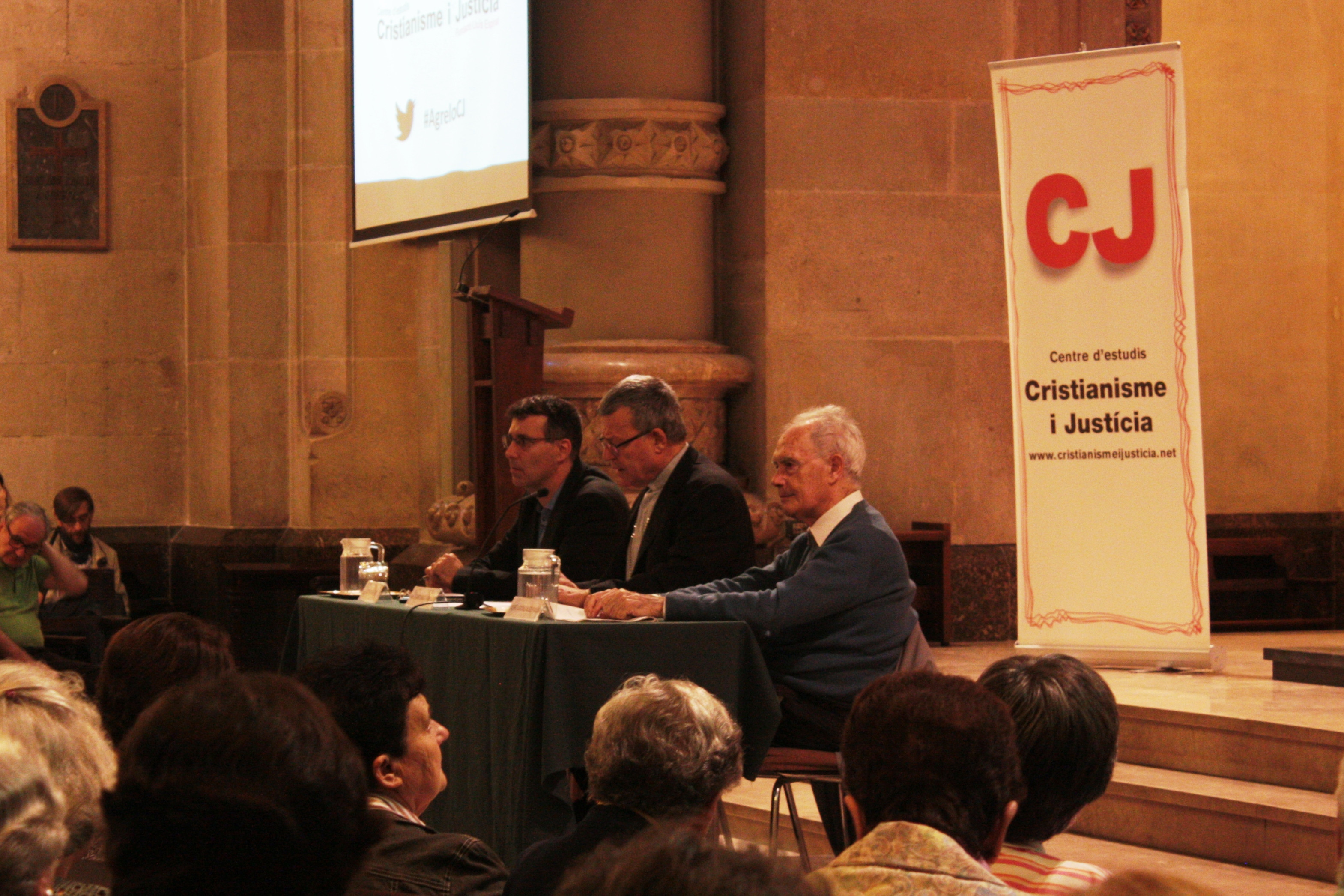 On Monday, October 5, the Archbishop of Tangiers, Santiago Agrelo, took part in the inauguration of the academic year of the Cristianisme i Justícia study center in Barcelona, where he delivered a discourse titled, “Borders Against the Poor, Borders Against Christ.” Born in Galicia in 1942, Santiago Agrelo was a Franciscan missionary before being named archbishop of Tangiers in 2007, and since then he has become well known for his defense of the rights of migrants and for his condemnation of migratory policies that do not respect the rights of persons. Speaking in the Jesuit church on Casp Street in Barcelona, which was filled to overflowing, he vigorously denounced what is happening on the southern border. “Borders kill people, though sometimes we pretend not to know,” he declared. He has watched the borders of Europe become what he called “a place of repression and torture for the poor.” The Church in Tangiers takes in and assists many migrants in the hope that they will find a better future, but always with the fear that at any moment they might encounter death. “When we give them the blessing to continue their perilous journey, it is as if we were giving them the last anointing.” “I am shocked that border policies are decided by governments.” Although he acknowledges that borders are not properly the province of a bishop, the voice of Archbishop Agrelo is sharply critical of the present migratory and border control policies.  “I am pained, wounded, troubled, and shocked that the government seeks to set up an impenetrable border, because what is on the other side is not rabble but men, women, and children.” These are victims, he said, who are treated worse than abandoned animals. Since a large part of society remains completely indifferent, we must open our eyes, break the silence, and condemn the violence and injustice. Santiago Agrelo warned also about the type of language and discourse that classifies migrants as “irregular” and portrays them as problematic and threatening. Nobody would agree that we should raise up borders against the poor, says Agrelo, but if we talk about threats and problems and fears, then we make people believe that the borders are reasonable. And that, according to him, is the strategy of those in power: “they claim that the foreigner is coming to take away my job and make me worse off.” In an appeal to Christians, the archbishop reminded the audience that “God has chosen the poor.” He said he felt regret that many within the church itself have forgotten this, as if it were something trivial. His great hope is that “we would join so closely with the poor that we are taken to be part of them.” In the course of the inaugural act there was a presentation of the lines of work that will mark the activity of Cristianisme i Justícia during the coming year. This center of studies, which is promoted by the Jesuits of Catalonia, is engaged in the analysis of social problems and in the study of theology with a commitment to justice, all from the perspective of those who are most vulnerable. An especially noteworthy course this year will be “The Era of Discouragement,” which will attempt to inspire hope in the participants and to combat the temptation to surrender to pessimism and the belief that “nothing can be done.” Here you can view the video of the complete conference of Santiago Agrelo (in Spanish).

Mystagogies of the Spiritual Exercises 500 years afterwards
Penultimate words: reality and hope
Time and Reflection
"Why Haití?"
Presentation of the "Forgotten Conflicts" campaign

From the wound to the heart of the world.