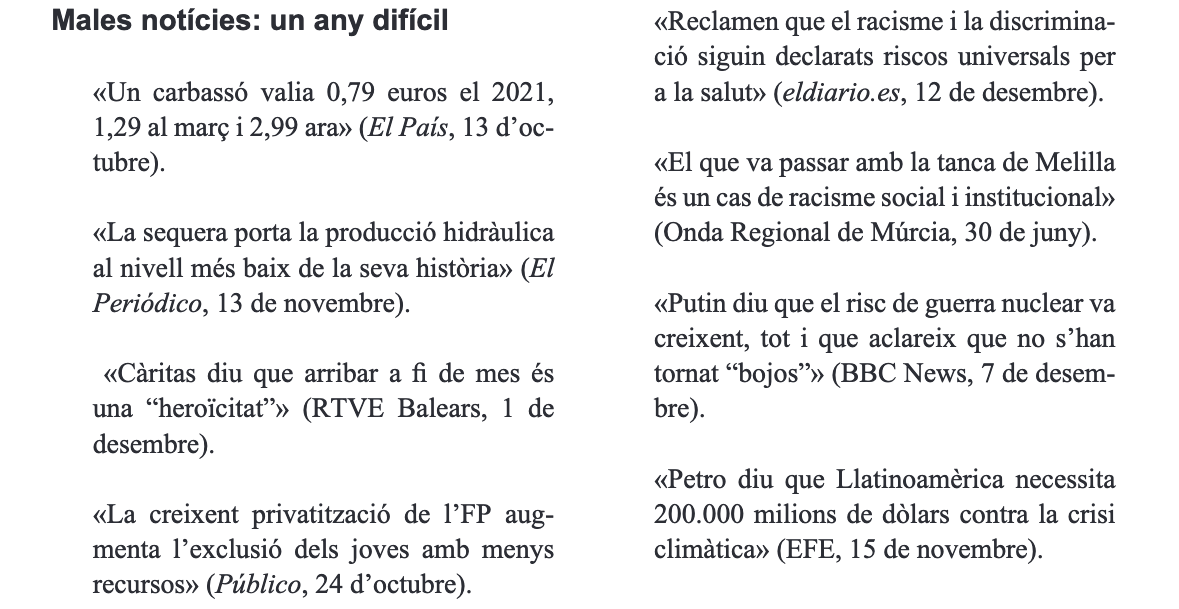 CJ claims the movement as a symptom of humanity and fraternity, in the face of a reality that drives us to discouragement.
28/12/2022

We publish our end-of-year reflection, with the title Motivated by reality. It is headed by a list of headlines published in the media throughout 2022, and which confirm the difficulty, if not the heroism, of ending the year without falling into discouragement and nihilism.

Despite this, we call for movement as a necessary response once we become aware of what is happening around us. “This is our reality, the reality that we have to inhabit at this moment; but inhabiting it does not mean resigning ourselves to it”, says the text.

In the first place, the statement warns that it is necessary to know how to read what is happening in the world. This means going beyond the headlines and keeping in mind, for example, that in addition to the war in Ukraine there are some thirty active armed conflicts around the world, most of them forgotten. Or discover that while the number of people who go hungry increases, cereal becomes the bargaining chip of geopolitical and economic alliances.

A call to movement

In the reflection, it is insisted above all that if it is necessary to try to understand reality, it is even more so to let ourselves be moved by it. "Opening the newspaper or receiving the latest news alerts on your mobile means not only finding out and becoming aware of what is happening around us or on the other side of the planet, it also implies movement" because "there is no possible escape or protection that It can come from evasion and immobility”.

The movement for which we are committed aims towards solidarity, taking charge and bearing reality, but also taking charge of it, as Ignacio Ellacuría taught us well. "Only from there we will generate not only a new possible world, but new tangible ways of being and being based on care, love, equality, resistance, daily life, mutual aid... Only in this way do we act as a Church "going out""

The reflection should be read to the end, since it also ends up collecting some positive headlines, which show cracks of movement and hope.

A reflection that moves us

The end-of-year declaration is in line with the message that we have launched in our Christmas Campaign, with the slogan A reflection that moves us, and that we have presented through three videos that guide this movement in the direction of fraternity, hope and community, as three keys to the transformation of reality.

With more than 40 years of experience and 230 booklets published and distributed free of charge, we want to help decenter the gaze, direct it to invisible conflicts and offer a more careful analysis of reality. The CJ booklets respond to this need. With a distribution of nearly 50,000 copies, five have been published this year, dealing with issues such as the current situation of human rights, the recognition of LGTBIQ+ people in the Church, crying, poverty or food waste.

"There is no possible escape or protection that can come from evasion and immobility"
A thought that thrills us
“Born In The Likeness Of Men” (Ph 2:7)
Melilla Continues to Suffer
The Coronavirus: Mirror of Beliefs